It may seem like the name itself is cursed. As one scandalous organization (the actual FIFA) has somewhat stopped its acts of ludicrous activities, the one that’s been more favorable in fans’ eyes (the EA Sports FIFA) for years has begun creating controversies. Starting, much to the horror of many fans, with the player ratings in the new edition of its game, FIFA 17.

The eternal debate over Lionel Messi and Cristiano Ronaldo, no matter how serious, never rendered a question over who’s the more talented. The Argentina-international (yep…he’s back again) may have struggled last season to keep up with his Portuguese counterpart (as far as goalscoring goes), but still ended up leading his team to the La Liga and Copa del Rey double, not to mention his country to the Copa America final. Sure, Ronaldo may have won the Champions League and the Euros, but he had almost no role (had to suffice with acting crazy on the touchline) during the final of the latter, and was nearly invisible in the former. 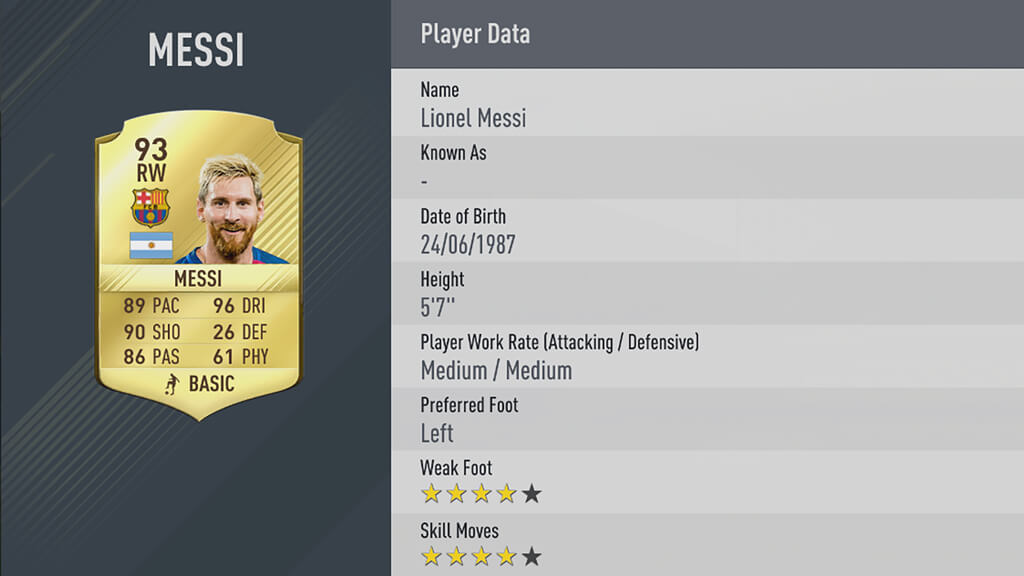 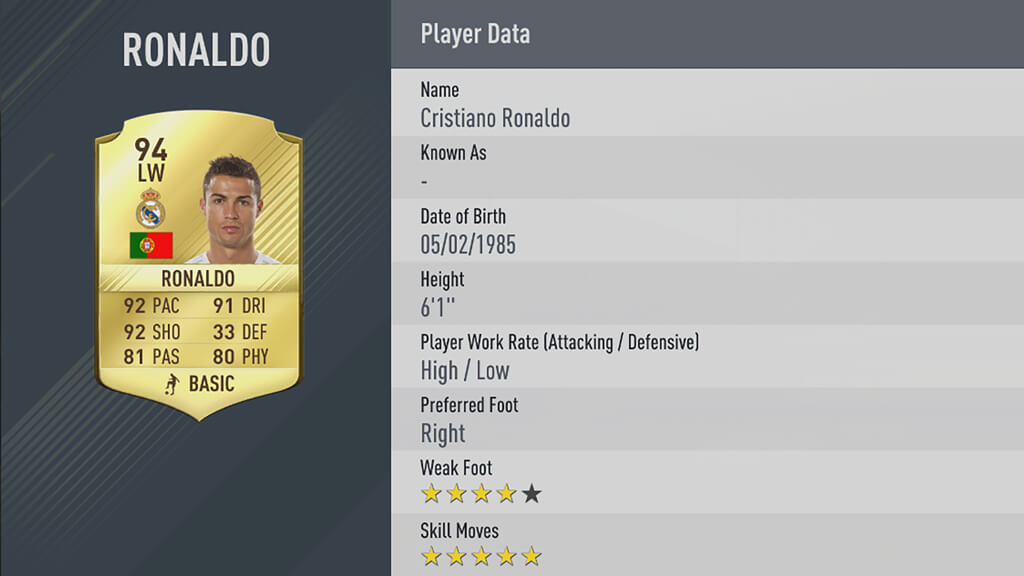 His contributions in both team’s successes can be questioned, as in the UCL his trend of scoring against ‘small’ teams continued, and Portugal somehow looked better with him off the pitch in their final (weird, right?). But maybe that’s just down to his aspiring managerial skills.

One wonders if it had anything to do with Messi’s contract in association with EA ending after last season.

Moving on, EA also haven’t done a good job with the ratings of goalies and defenders. In times when we all know the modern game is experiencing a dearth in central defence, EA have come up with the answer: Jerome Boateng. And guess what? He’s rated 90. It’s bad enough that you can’t capitalize numbers to show the seriousness of the matter.

To be fair, no one doubts the German’s prowess in the art of defending. However, putting him ahead of the pecking order that includes the likes of Chiellini and Godin is sheer stupidity.

Lastly, EA is finally giving some recognition to goalkeepers for their outstanding abilities, but it has come at a rather poor time, when most of the highest rated goalkeepers in the game have endured a turbulent 2015/16 campaign. Thibaut Courtois, for instance, is the most obvious choice for suffering from a lack of form during Chelsea’s disastrous campaign last year. However, EA have counteracted this fact by handing him a +3 boost in his rating from last year. Form almost seems like a thing for the old days. Players receive boosts in a video game after suffering a poor season; players become more expensive after even poorer campaigns.

In the end, the game’s about opinions. EA more than deserve their own, but when it is creating more controversy than the company can likely handle–especially given PES are now just a matter of inches away–the opinions should be better thought-out before they’re being put on pen and paper.

FIFA Mobile: How you can take advantage of our expertise in producing coins